I have previously stated that the Zebra Clubtail is probably my very favorite dragonfly.  That being said, like many of you, it is hard to pick a favorite.  Certainly, people (myself included) are drawn to their striking colors and bold patterns.  Beauty is more apt catches our eye, rather than the drab and inconspicuous, and this is true for so many of our beloved outdoor creatures.  Our social media accounts are riddled with photos of brightly colored birds, boldly patterned beetles, and striking butterflies in addition to our Odonate friends.  Am I wrong here?  How many photos do you see of the drab ground beetles on Facebook as compared to their boldly patterned cousins the tiger beetles?  I probably have seen a thousand pictures of brightly colored warblers for every picture of the non-descript, but cute, Song Sparrow.  We all gravitate to beauty, and there is nothing wrong with that.  I am often guilty of ignoring the mundane looking creatures and favoring the bold.  However, I often find that when I learn something peculiar about one of these overlooked creatures, I become enchanted with them.  I would like to think that my science background really draws me to the uniquely behaviored creatures just as much as the uniquely colored or patterned.


Let me give you a peek in my brain.  Beware!  For it is a place full of dangerous distractions; ranging from long-legged flies, genealogy, shiny guitars, and science fiction and fantasy epics.  There are many pitfalls and places to get lost.  With that warning, I am going to take you back to 2018 when my family took a trip to Massachusetts for some family history exploration of my wife’s deep colonial roots.  They go way back in this country; mine are not quite so deep but are still very interesting.  However, that is an entirely different topic.  I did warn you about how dangerous my brain is, right?


Anyway, all of the family history and colonial history was very interesting, but I wasn’t going to go all the way to Massachusetts and not look for Odonates.  I wanted to see some species that I hadn’t seen before, and at the top of that list was the Seaside Dragonlet.  Is it the most spectacularly patterned and colored species in the northeast?  I think you would agree that it is not.  However, its unique ecology and biology had it as the only species I tagged as a “must see”.  I was maybe a bit obsessive about finding it; my wife could probably corroborate this.  I looked a few times in Massachusetts, and completely failed.  I was a bit melancholy that all my efforts yielded no fruit.


On our last full day in the northeast, there was a trip planned (with my wife’s distant cousins) to travel north to Maine where there was some more family history to learn.  I did not expect that the trip would allow me the time to stop and check out any salt marshes along the way, but just in case, I went to Google Earth and followed our route north.  I found what looked like an accessible salt marsh in Maine and memorized its location.  The day was beautiful, the drive was incredible, and we saw many New Hampshire license plates.  New Hampshire has the coolest state motto, so I’m quite certain that my large family group became weary of my “Live Free or Die!” proclamations.  To fully appreciate that image, you have to picture a van that included my sons ages three and ten, my seventeen-year-old daughter, my wife, my mother-in-law, and her soon to be husband.  This eclectic group deserves credit for tolerating my sporadic outbursts of patriotism.

Again, I digress.  This is likely to be the longest blog I have written, as I haven’t even gotten to the main topic yet.  I hope you are still with me.  Back to the story.  We had fifteen minutes extra on our trip.  The wonderfully tolerant people in my van acquiesced to my wish to stop at a salt marsh in the middle of nowhere, and I found my Seaside Dragonlets.  I even netted one to show to the entire crew.  I was ecstatic for certain, but even at the time I was photographing them, I was already lamenting not being able to spend more time studying them.  It is the unique habitat requirements of this species that caused me obsess over them.  I can tell you that I will chase Seaside Dragonlets again, and this time I will make the time to watch them, and maybe even find a nymph!

So that was a very long preamble to get to my point.  My point is that unique and interesting species of Odonates exist right here in our own state, and they may not be as photogenic, but they are every bit as captivating.   I have discussed the boghaunters previously, and the two species of boghaunters certainly qualify as unique and interesting despite being on the more inconspicuous and drab side of the Odonate world.  However, this blog is actually about a dragonfly that I haven’t even mentioned yet.  It is a creature that speaks to me on a spiritual level.  It is not boldly patterned, nor is it rare.  It is actually one of our most common large dragonflies.


The creature that I am referring to is the secretive Fawn Darner.  There is something about this species that holds my attention and fascination.  If you take the time to watch the banks of the streams and rivers of late summer, you may be able to see this heavily camouflaged species hugging the stream bank and exploring the nooks and crannies of almost every log or stick it comes across.  No other dragonfly in our area behaves quite like this species (except maybe its genera cousin, the Ocellated Darner, which is not yet known in Wisconsin).  It behaves differently than every other dragonfly I find, even the Shadow Darner that inhabits the same haunts. The cryptic coloration also sets it apart from the bold colors and patterns of the other darners in Wisconsin.


I think maybe that this anomalous dragonfly and I are kindred spirits.  I know that as I write down this thought, that I am very unscientifically anthropomorphizing this animal, but I have a whimsical side nearly as strong as my scientific, so indulge me if you will.  The behavior of this creature is not far removed from my own.  Both of us like to be inconspicuous.  We share the same favored habitat.  Its behavior of meticulously exploring the banks of a stream are very much like that of a curious Odonatist.  I don’t believe in the concept of a spirit animal, but if I did, it would be a Fawn Darner.


I often reflect on the Fawn Darner at this time of year, and as the flight season winds down, I mark the end of summer with the last flight of the Fawn Darner.  At this point, I have seen my last of the year and it brings me to recall my last Fawn Darner of a prior year.  I can vividly remember the day in mid- September when I was about to give up and retreat from the creek, when around the big bend I saw a movement in the deep shadows of a fallen tree along the far bank.  I hurried to the bank to get in a position to net.  A moment later, I see the brown form with shaded wings many yards upstream.  I watch it, it spends two minutes working up the bank toward me, and as it gets right in front of me, I pause.  For some reason I don’t swing the net.  I allow it to continue along its journey undisturbed.   In that moment, it just did not seem like the right to deprive this creature of its freedom, even for a moment.  Instead I watched it until after a short time it wound around the next bend, and beyond my sight.  Away it went, free to enjoy the last day of summer same as I.


In the beautiful film “The Secret Life of Walter Mitty” the character Sean O’Connell , world-renowned photographer (played by Sean Penn), illustrates this feeling.  After finally finding the elusive animal he is searching for, he chooses to not take the picture, and instead just watches it.  Walter (played by Ben Stiller) is astounded that the photographer does not take the picture.  Sean explains that sometimes he just wants to stay in the moment, without the distraction of the camera.  There is a lesson that I think many of us that love nature can understand.  I personally relate very strongly to that sentiment.  There are times you just stay in that moment as long as you can, feeling the magic of the incredible place that we call the Earth.  Had I swung the net that day, I likely would not remember the beauty of that moment so vividly.


So this blog ultimately is a toast to the beauty of nature and all of its wonder; be it the boldly colored, the strangely behaved, or wonderfully unique.  Nature constantly reminds me to celebrate the differences in all creatures, and in turn helps me to appreciate the same uniqueness in all of the people that share this planet with them.  If I had a spirit animal, it would be a Fawn Darner.  What about you?  What is your spirit animal?  What draws you into a powerful connection with nature and reminds you that you are a part of it?  I encourage you to seek out and enjoy those moments that remind you of who you are at the core, a living part of the living Earth. 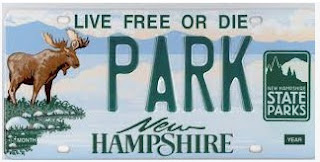